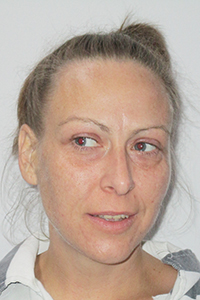 “Responding to a report of a suspicious vehicle at a business south of Bogalusa, Deputy Cassard encountered Dunham, who was asleep in her car with the engine running and her foot on the brake,” Haley said. “He woke her and, as she began exiting her vehicle, she dropped what appeared to be drugs on the floorboard. Additionally, she had an open bag on her console which appeared to contain drugs. A field test of the dropped substance indicated it was heroin and the contents of the open bag were determined to be a mixture of various types of pills.”

Cassard placed Dunham under arrest and transported her to the Washington Parish Jail. She was booked on charges of possession of heroin and other illegal drugs.

“Good job, Deputy Cassard,” Washington Parish Sheriff Randy Seal said. “Thanks for your good work and thanks also to the alert business owner who reported the suspicious vehicle. This is another good lesson for anyone who observes suspicious activity. Call us and report it. We will investigate, and many times the investigation reveals illegal activity and leads to an arrest.”