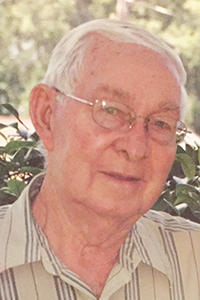 Robert Malcolm Cutrer passed away at the age of 86, on May 16, 2020, at his home in Bogalusa, surrounded by his family. He was born on Sept. 15, 1933. He was a member of Westside Emmanuel Baptist Church. He was a veteran of the Korean War. He had retired as an electrician from the Bogalusa Paper Mill with 43-1/2 years of employment. During his lifetime, he enjoyed fishing and bowling. He was wise beyond his years and always offered the best advice.

Robert fought a good, hard fight with his lungs being sick for many years, and he was getting tired. Towards the end of his time on this Earth, he would often say, “The Lord and I have talked many times. When God is ready for me, I am ready.” We wanted his lungs to get better, but God wanted those lungs healed. Special thanks to Dr. Blanco for the care he provided to Robert over the years that allowed him to have so many extra days and years on this earth with us. Special appreciation to Pulse Home Health (Christa and Tony Seal) who had taken such special care of Robert during his sickness. Thanks to Community Care Hospice who was there the last two days to ensure Robert was comfortable. Robert always made sure to tell his health care workers, “You did good. Thank you for what you can do for me.”

A private visitation was held Tuesday morning, May 19, at Brown-McGehee Funeral Home chapel, followed by a graveside service at 10 a.m. at Hillview Memorial Gardens in Bogalusa. Bro. Caleb Martin officiated the graveside service.

Family and friends may view and sign the online guestbook at www.brownmcgehee.com.

Clyde Youngblood, 73, of Angie, departed this life May 16, 2020, at his residence. Arrangements are incomplete and pending with... read more