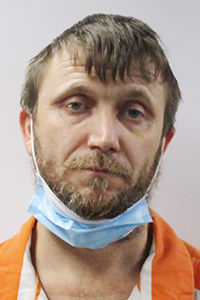 Haley said that WPSO corrections deputies retrieved Thomas from Orleans Parish Prison on Wednesday, where he was being held on outstanding Washington Parish warrants.

The warrants were issued as the result of an investigation conducted by WPSO Det. Demmie Rice, Haley said. After an intense investigation, which involved forensic interviews with the Child Advocacy Center, warrants were obtained from a 22nd Judicial District Court Judge.

Haley said that Thomas has been in the Washington Parish Jail at least 10 times, dating back to 2008 when he was arrested for domestic violence. Other charges throughout the years include possession of illegal drugs, distribution of illegal drugs, burglary, probation violation and numerous counts of failure to appear in court.

“When I learned the details of these horrendous crimes against innocent children, several words immediately came to my mind,” Washington Parish Sheriff Randy Seal said. “Disgusting, filthy, evil, repugnant and vile are only a few adjectives to describe these horrible, horrible crimes.

“Thank you, Detective Rice and Child Advocacy Center for your hard work on behalf of the children of our parish, and thank you, Orleans Parish Sheriff Marlin Gusman, for holding Thomas for us.”