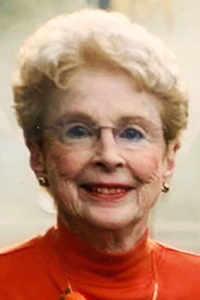 Etta Murphy Harrell Arata peacefully departed this life of a non COVID-19 related issue on Sunday, April 26, 2020, at Tulane Hospital in New Orleans. At 80 years old, Mrs. Etta was a native and lifelong resident of Bogalusa.

She was preceded in death by her husband, Don Michael Arata; and her parents, Dr. and Mrs. William Spears Harrell and Ernestine Hope Willey Harrell, all of Bogalusa.

Vivacious and refined, Mrs. Etta loved Bogalusa and all its people. She was a grand dame of civic activism, and she thrived in social organizations. From Queen of the Baby Coronation to Sweetheart of the Key Club at Bogalusa High School to Queen MCCA VIII, she reigned as one of her cherished city’s most charming and respected women all her life. Etta was a member of the Bogalusa Civic League, and a founding member of M.A.S.H., accomplishments of which she was very proud.

Etta spent much of her life traveling with her late husband Don, and together the two of them experienced the beauty of the world. Whether it was glaciers in Alaska or the Soviet Union, the couple sought adventure and enlightenment throughout their marriage. Together they established themselves as Southern nobility in their beloved Bogalusa. After the death of her husband, Etta gracefully transitioned into the matriarch of the Arata family, and throughout the rest of her life, she played that role with dignity and magnanimity.

Etta’s joie de vivre was evident to all those who knew her. She was exuberant and regal, engaging and dazzling. Etta was a once-in-a-lifetime lady, and she leaves behind a legacy of magnetism and grace.

Mrs. Arata was laid to rest in a private graveside service on May 2, 2020.

In lieu of flowers, the family asks that you consider St. Matthew’s Episcopal Church of Bogalusa, or your local humane society.