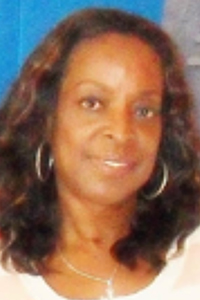 “I can do all things through Christ which strengtheneth me” (Philippians 4:13).

Mrs. Carrie Lee Williams Hicks was born on Oct. 29, 1952, in Bogalusa, to Lillie Mae and Arcell Williams, who preceded her in death. On Wednesday, May 13, 2020, God called home his faithful servant to be with Him forever.

At an early age, she joined Salters Chapel AME Church, where she served faithfully as a member of the church choir, the Missionary Society and Stewardess Board.

While attending Southeastern Louisiana University in Hammond, she met the love of her life, Robert Hicks III, along with his energetic son, Tecardo. On Feb. 14, 1987, they united in marriage and to this union, they had one son, Brandon LaRoy Hicks.

In 1990, she graduated from Southeastern Louisiana University and subsequently returned to Bogalusa to work at Volunteers of America as a social worker for five years. In 1995, she went on to further her career at Gulf Coast Teaching Family Services, Inc., and retired in September of 2006. She enjoyed her time with her family and loved hanging out with her best friend of over 35 years, Bobbie Morris Fontenot.

Servant of God Well Done! Thy warfares and toils of life is past! The battle is fought, the victory won and thou art crowned at last!