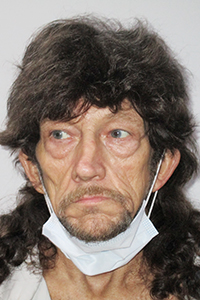 A Washington Parish man, who has already been convicted as a felon, was arrested again Tuesday after reportedly threatening people with a shotgun, according to Chief Deputy Mike Haley of the Washington Parish Sheriff’s Office.

On Tuesday, WPSO deputies responded to a neighborhood west of Angie after reports of a man threatening others with a shotgun, Haley said.

After talking with the victims, officers located Dykes sitting on his back porch, Haley said. He reportedly admitted to the threat and was placed under arrest.

“While searching Dykes, officers discovered a quantity of methamphetamine along with drug paraphernalia,” Haley said. “With Dykes’ permission, officers searched his residence and discovered the shotgun which had been used in the threat.”

“There is no way to be certain what was going on in his mind, but it wasn’t good,” Washington Parish Sheriff Randy Seal said. “I appreciate the good work of Deputy Gregorio and the Angie Police Department. Once again, this is a good example of area law enforcement agencies working together for the common good.”