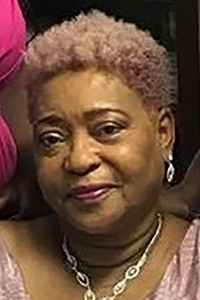 Olivia was born Sept. 29, 1955, to Woody P. Magee Sr. and Gladys Chappell Magee of Franklinton. She was the eldest of three children.

On April 22, 1998, Ann married Prentice Cuffeé from New Orleans, where he inherited five children. Ann enjoyed shopping at Walmart, talking on the phone, and spending time with family and friends.

A graveside service will be held on Saturday, May 16, at Winan Cemetery with Crain and Sons Funeral Home of Franklinton in charge of arrangements. Sign the guestbook online at www.crainandsons.com.