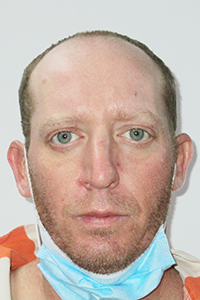 A Mississippi man wanted for burglary was arrested in a Bogalusa motel earlier this week, according to Chief Deputy Mike Haley of the Washington Parish Sheriff’s Office.

On Monday, the WPSO received information that a Marion County, Miss., burglar was in a motel room south of Bogalusa, Haley said.

“Det. Myers located Tolar and ordered him to exit the motel room,” Haley said. “Tolar refused to come out and fled to the rear of the room. After Det. Myers radioed for backup, Tolar finally exited the room and was taken into custody.”

Tolar was booked into the Washington Parish Jail as a fugitive and will remain there without bond until he is extradited to Mississippi.

“We have a good partnership with Marion County Sheriff Berkley Hall and his staff,” Seal said. “We are always willing to assist them in any matter and they extend the same courtesy to us.

“Criminals need to understand that state lines do not blur enforcement of the law. All of our surrounding parishes and counties stand ready to work together at any time to help take criminals out of our communities and into our jails.”