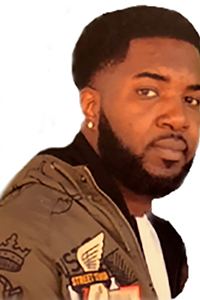 Dominique Aundrell Ramon James, memorably known as Nekie, was born on Aug. 11, 1990 in Bogalusa, to Naturcha Renee James and Jerry Brown. He entered into a place of eternal rest on May 2, 2020.

During his younger years, Dominique enjoyed playing Little League Baseball and Football. In his spare time, he was notably known for riding his motorbike and four-wheeler, and making sure he was looking his very best. Other past-times/hobbies he relished included fishing, hunting and bow and arrow shooting.