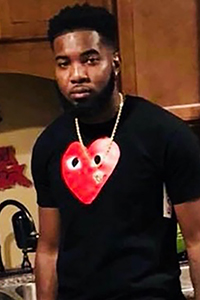 Miller said that detectives with the BPD, in a coordinated effort with multiple outside agencies, were able to locate James’ vehicle Friday morning, during an in-flight search by helicopter. The vehicle was located in a heavily wooded area a few miles west of Bogalusa, and James’ body was still inside the vehicle, Miller said.

Miller noted that the BPD has now changed its efforts from a missing person case to a homicide investigation.

Police detectives are asking members of the public to assist with any information regarding James’ murder. Citizens can remain anonymous if they so choose.

James had been last seen in Bogalusa on Saturday, May 2, around noon. He was traveling in a white 2012 GMC Yukon Denali, towing a 5-by-8 lift-gate utility trailer. It is believed that James was heading to an unknown location to pick up a four-wheeler.