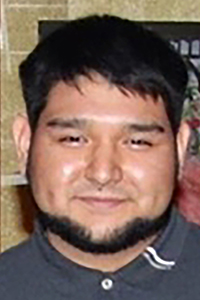 Robert “Shaquille” Pierce was born on Aug. 22, 1994 in Lemoore, Calif. He was the son of Robert L. Pierce and Jessica Martinez and was affectionately called “Shaquille” by his family and loved ones. He was an amazing and proud uncle of his nieces and nephew. He departed this life on May 1, 2020, in Bogalusa. He graduated from Bogalusa High School and was a member of Annunciation Catholic Church.

He is survived by his mother, Jessica Martinez (Hugo Manzo) of Bogalusa; his father, Robert Pierce (Elizabeth) of Bogalusa; one brother, Kristopher Pierce (Rachel) of Happy Jack, Ariz.; and his sisters, Desiree Barber (Russell) of Bogalusa and Gabrielle Maxine Pierce of Bogalusa. He is also survived by numerous aunts, uncles, other relatives, and special friends, Max and Juan Flores.

Arrangements were entrusted to Poole-Ritchie Funeral Home in Bogalusa. There was a graveside service on Friday, May 8, at Pierce Cemetery, beginning at 11 a.m. Pastor Jimmy Rosas and the Rev. Father Daniel Brouillette officiated.