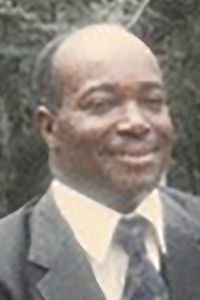 On March 20, 1927, the Lord blessed the world with Noah Davis Magee Sr. to the loving parents of Alex and Willie Toomer Magee in Warrenton.

Being brought up in a Loving Christian home, he accepted the Lord into his life at an early age. He became a member of New Jerusalem Missionary Baptist Church, where he sung in the choir, worked on the Usher Board, the Deacon Board, and where ever the Lord saw fit to use him.

Upon graduating Franklinton High School, he was drafted into the U.S. Navy for World War II, at the drop of a hat. He also attended Aboment School in Hammond.

After returning home from the Navy, he met his better half, and fell in love with Jessie Lee Magee. They made their home in Cleveland, Ohio. He worked at White Motors for many years.

Preceding Noah in death was one sister, Johnnie B. Johnson; and one brother, Linzie Magee.

Private Graveside Service will be at Toomer Cemetery.