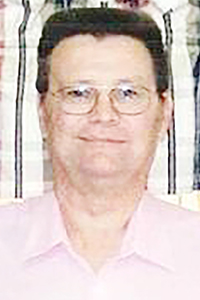 Raymond Louis Varnado, 70, a resident of Bogalusa, earned his heavenly reward on April 30, 2020, at Resthaven Living Center in Bogalusa. He was born in Bogalusa on Dec. 11, 1949.

He was preceded in death by his daughter, Brandi Varnado; father and step mother, August (Claudine) Varnado; his mother, Neita Applewhite Varnado; and a brother, Emmitte Varnado.

The Rev. Billy Pierce will officiate a graveside burial service for family members at Pine Community Cemetery on Monday, May 4 at 2 p.m.