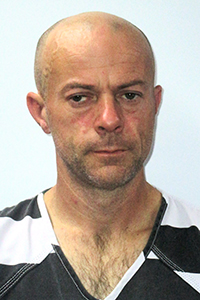 Since his initial Washington Parish arrest in 2007, Robert Dustin Jenkins, 38, a resident of T. C. Brumfield Road near Franklinton, was arrested again on Friday for the 18th time by the Washington Parish Sheriff’s Office, according to WPSO Chief Deputy Mike Haley.

“Responding to a report of a man with a shotgun chasing another man in the area of T.C. Brumfield Road and Buford Creel Road, Sgts. Michael Thomas and Monica Barber encountered Jenkins behind a trailer,” Haley said. “He was arrested and transported to the Washington Parish Jail on charges of aggravated assault with a firearm, terrorizing, illegal discharge of a weapon, being a convicted felon in possession of a firearm and disturbing the peace.”

At the time of his arrest, officers also discovered two knives and a set of brass knuckles on his person, Haley said. Jenkins’ bond was set at $150,000.

Haley said that the Friday incident began when Jenkins began cursing another person and then followed the man in his vehicle and fired three shotgun blasts, which struck the victim’s truck. The victim was not injured.

Previous arrests for Jenkins include driving while intoxicated, possession with intent to distribute illegal drugs, possession of illegal drugs, carrying a concealed weapon, convicted felon in possession of a firearm, battery, possession of stolen property, issuing worthless checks, criminal trespass, domestic violence, domestic abuse, contributing to the delinquency of a minor, telephone harassment, violating a protective order, stalking, theft, contempt of court, failure to appear in court and other offenses. He posted bond and was released from jail after the previous arrests. 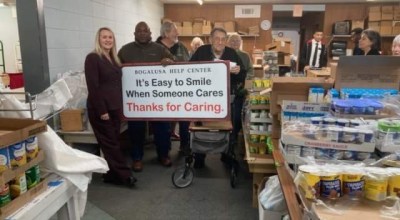