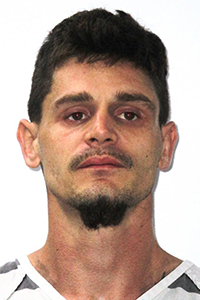 Det. Capt. David Miller of the Bogalusa Police Department said Monday that a Bogalusa man recently arrested on a murder charge is now facing an additional charge in an attempted-murder case.

Miller said that Joseph Anthony Peoples, 29, of Bogalusa, was arrested Monday and charged in the attempted murder of a 20-year-old local man on April 19.

“The Bogalusa Police Department, in a joint investigation with the Washington Parish Sheriff’s Office, was able to tie two shootings to a Pleasant Hill residence, where 35-year-old Shawn Whiteside resided,” Miller said. “On the night of April 19, 2020, Joseph Peoples was identified and implicated by the victim and witnesses, in the attempted murder of 20-year-old Brandon C. Williams, a resident of Bogalusa.

“Quick response and excellent teamwork between the BPD and the WPSO detectives resulted in the closure of two high-profile cases within a single day,” Miller said.