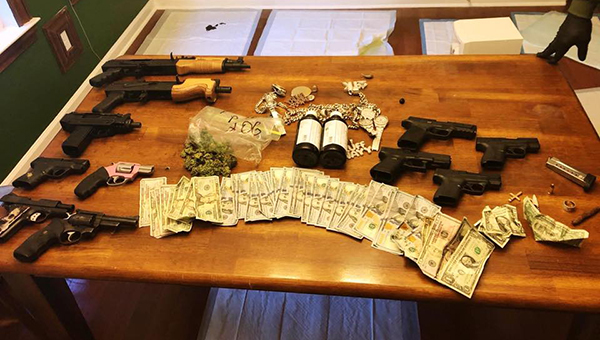 Evidence collected by the scene by law enforcement officers in Coweta County, Georgia.

According to an article published Thursday in the Newnan (Ga.) Times-Herald newspaper, Bogalusa rapper Javorius Scott, also known as “JayDaYoungan,” was arrested on Tuesday in Coweta County, Ga. 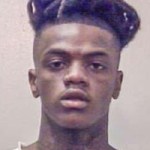 Law enforcement officers arrested Scott, 21, and six other occupants of a rental property in Senoia, Ga., while searching for a fugitive, according to the article. Scott was reportedly in the Atlanta, Ga., area shooting a video and possibly buying a property in Marietta, according to a spokesman for the Coweta County Sheriff’s Office. Scott’s girlfriend, Jordan MacKenzie Brooks, 19, was also arrested. Both have since been released on bond.

Occupants of the house were charged with marijuana possession with intent to distribute, narcotics possession, tampering with evidence and possession of a firearm during the commission of a crime.

Scott and Brooks, specifically, were charged with marijuana possession with intent to distribute, narcotics possession and tampering with evidence. Several bottles of codeine cough syrup and several oxycodone pills were reportedly also found, along with 11 firearms and $2,949 in cash, according to the Coweta County Sheriff’s Office. 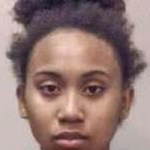 According to the Times-Herald, Scott was arrested in February of 2020, on a family domestic abuse warrant. He was accused of hitting a pregnant woman, according to authorities in Harris County, Texas. He was reportedly apprehended by police after he was found hiding in the attic of a home.

Officers also reportedly seized $24,000 in cash, along with oxycodone, promethazine and several firearms in the home where they found Scott hiding.

Scott is best known for his singles “23 Island,” “Opps” and “Elimination,” each of which had more than 18 million streams on SoundCloud, as of January.