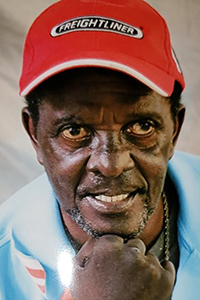 Alvin McKay was born in Bogalusa to the late Albert and Ganey McKay.

Alvin, affectionately known as “Scobby,” lived in Franklinton. In his early years, Alvin worked at Burris gas station. He was well known around the community and loved by many.

Alvin was preceded in death by his parents, brother Lanester McKay and nephew Benny McKay.

Services were held at Cook-Richmond Funeral Home, 939 Cleveland St. in Franklinton, at 1 p.m. on Tuesday, April 21.