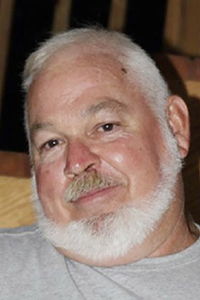 He was an avid outdoorsman who loved fishing, hunting and farming. He retired from the LA Wildlife and Fisheries as a Wildlife Technician.

His favorite places to be were at the barn and Mosher Hill Hunting Club. In 1986, he played a big role in starting the hunting club where he served as president for 34 years. Mosher Hill was a place where he shared his passion of the outdoors with everyone around him, most importantly, with children.

He was preceded in death by his parents, John Harold Knight and Harriet Carr Knight; brothers, Steve Knight and Gregg Knight; and mother-in-law and father-in-law, Clarence and Juanita Guilott.

At this time with the COVID-19 virus pandemic, a service will not be held but there will be a celebration of his life held at Mosher Hill Hunting Club at a later date that Brother Chris Wheeler, pastor of Enon Baptist Church, will officiate.