Man arrested on drug charges, after parking his truck in the road 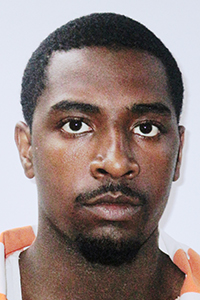 A Franklinton man was arrested Tuesday, after officers found him in his truck with heroin, marijuana and a weapon, according to Chief Deputy Mike Haley of the Washington Parish Sheriff’s Office.

The officers then encountered Jamyren Yakeem Ladner, 22, a resident of Smith Road, who had reportedly parked his truck in the roadway, Haley said. As officers approached Ladner’s truck, they reportedly observed a pistol in plain view on the front seat.

“Ladner exited his truck, at which point officers conducted a pat down search,” Haley said. “During the search, officers discovered cash, heroin and marijuana.”

Ladner then was arrested and transported to the Washington Parish Jail, where he was charged with possession of heroin, possession of illegal drugs with a weapon present, possession of marijuana, obstructing a public road and not having a driver’s license.

Ladner has been in the Washington Parish Jail on one previous occasion. On Oct. 17, 2019, he was booked on a charge of theft and released the same day after posting a $2,500 bond.

“Only Mr. Ladner knows why he was in south Washington Parish with a weapon and illegal drugs in his possession,” Washington Parish Sheriff Randy Seal said. “What we do know is that more illegal drugs are out of our parish and he will now have an opportunity to explain his motive and actions to a judge. Good job, officers. Thanks for all you do.”