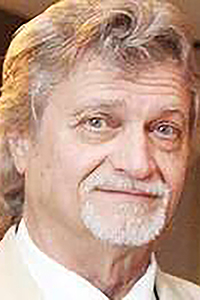 Jim Strahan, 75, a resident of Bogalusa, passed away on Thursday, April 9, 2020, at his residence, surrounded by his loving family.

Mr. Strahan, a native of Poplarville, Miss., and a long-time resident of Marrero, moved to Bogalusa 25 years ago. He served his country proudly in the U.S. Army. He was a proud, loving father and grandfather, an animal lover and an avid drag racer. He will be greatly missed by his family, friends and all who knew and loved him.

Jim was preceded in death by his parents, Charles and Lucille Boutwell; and one grandson, Clifton Drummer IV.

A Celebration of Life will be held at a later date. Online condolences may be offered at the Poole-Ritchie website at www.pooleritchiefuneralhome.com.

In lieu of flowers, the family requests that donations be made to The National Pancreatic Cancer Foundation (www.npcf.us), in memory of James “Jim” W. Strahan.