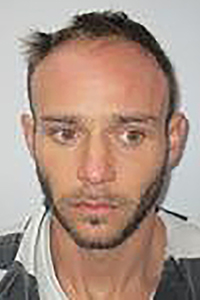 As of Tuesday afternoon, the search continued for a Washington Parish Jail trustee who escaped Sunday evening.

WPSO detectives are conducting a search for Taylor, a resident of Bogalusa, who is believed to be either in the Bogalusa or Amite area. Taylor, 32, is not considered to be a threat to the public, officials said.

“Let’s get Judd Taylor out of our community and back into the jail where he belongs. Callers may remain anonymous.”