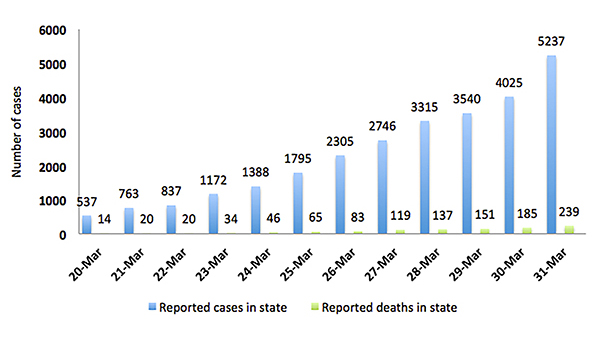 The number of reported cases of COVID-19 in Louisiana increased by more than 1,000 over a recent 24-hour period, according to statistics released Tuesday by the Louisiana Department of Health.

The state also reported that there were 1,355 COVID-19 patients in state hospitals, with 438 of those patients on ventilators.