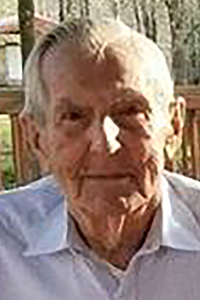 Buddy was preceded in death by his parents, Zeno and Hettie Freeman Brumfield; and his siblings, Chris Brumfield, Booby Brumfield, Leo Brumfield and Genell Breland.

Buddy was a native of Franklinton and longtime resident of Bogalusa.

A graveside service was held on Wednesday, March 25, at 11 a.m. in the Carson Springs Baptist Church Cemetery in Sandy Hook, Miss.