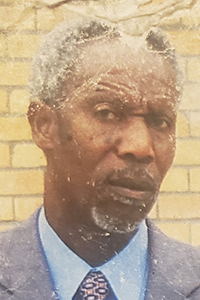 “I have fought a good fight, I have finished my course, I have kept the faith. Henceforth there is laid up for me a crown of righteousness, which the Lord, the righteous judge, shall give me at that day; and not to me only, but unto all them also that love his appearing” (2 Timothy 4:7-8).

Charles Robinson was born July 19, 1950, to Clyde and Velmon Robinson in Bogalusa.

Charles graduated from Central High School. After graduation, Charles worked at the Box Factory in Bogalusa. Charles married Melba Jean Newkirk of Bogalusa and from their union a son was born, Charles Robinson Jr. Years passed and Charles and Melba moved to California. When the marriage was over, Charles moved to Texas, where he met a young lady, Carolyn Halbert. From their union a son was born, Willie Edwin Robinson.

He was preceded in death by four brothers, Clyde, Felton, Joseph and Jessie Earl; two sisters, Gardena and Mary; two granddaughters and a grandson.

Visitation will be held Saturday, March 29, at Crain and Sons Funeral Home in Bogalusa, from 10 a.m. until 11 a.m., followed by the funeral service at noon, with Elder Gregory Robinson officiating.

Interment will be in the Robinson Cemetery in Varnado.