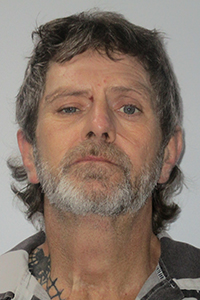 A Bogalusa man was arrested early Saturday morning, after reportedly having drugs on his person after a sheriff’s deputy found him passed out in his car, according to Chief Deputy Mike Haley of the Washington Parish Sheriff’s Office.

“A few minutes before midnight on March 6, Washington Parish Sheriff’s Office Patrol Deputies James Gregorio and Roy Scroggs were dispatched to Lee’s Creek Road in reference to a suspicious vehicle,” Haley said. “Arriving on the scene, deputies discovered a vehicle with the engine running and a man passed out in the driver’s seat.”

Haley said that the driver was awakened and asked to exit the vehicle. As he exited, Gregorio reportedly conducted a pat down search for safety reasons and discovered several quantities of illegal drugs, including heroin and methamphetamine, Haley said.

The driver, Timothy James Stogner, also known as “Tim,” was arrested and transported to the Washington Parish Jail. He was charged with possession of heroin, possession of methamphetamine, possession of marijuana, possession of drug paraphernalia and driving with an expired driver’s license. As of Tuesday afternoon, he remained in jail with his bond set at $10,000.

Stogner, 50, a resident of Madison Street in Bogalusa, has been in the Washington Parish Jail several times since 2007, Haley said. Previous offenses include convicted felon in possession of a firearm, introduction of contraband to a penal institute, resisting an officer, criminal damage to property and failure to appear in court.

“Great job, men,” Washington Parish Sheriff Randy Seal said. “It’s always good to get an impaired driver off of our roadways. I appreciate all that you do.”