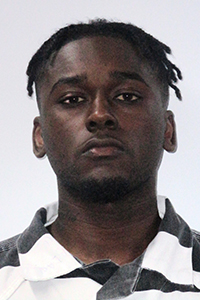 “As the investigation continued, several persons of interest were being looked at, including Joandre Dawson, and several search warrants were conducted, including more than one at Dawson’s residence,” Haley said. “The murder weapon has yet to be located; however, during the last few days, forensic examination of specific physical evidence linked Dawson directly to the crime.”

Haley said that Dawson voluntarily came to the WPSO for an interview on March 9. During the interview, he confessed to the murder, according to Haley.

“It appears that the shooting by Dawson, a cousin to Ja’Quarrius Taylor, was a crime of passion,” Haley said.

The case file and all evidence will be turned over to the District Attorney for prosecution.

They shared my sentiment of wanting to bring closure to Ja’Quarrius’ family and it was my honor to be able to call this dear mother yesterday afternoon and give her the good news about the arrest of her son’s killer. Now that our work is done, the matter is in the hands of the District Attorney, who I am certain will continue the process to ensure justice for Ja’Quarrius.”