The Washington Parish Sheriff’s Office recently arrested four young men as a result of investigations into criminal incidents that occurred Feb. 10 and Feb. 11 in the Hackley area north of Franklinton, according to WPSO Chief Deputy Mike Haley.

The investigation involved shooting into an occupied dwelling and arson of a house on Seville Lane. Allegedly, the shooting was in retaliation for the arson, Haley said. 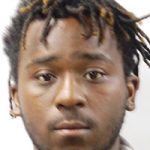 Dillon was jailed on Feb. 19, charged with four counts of attempted murder and simple arson. After posting a $200,000 bond, he was released on March 3. Jail records indicate this is the first time Dillon has been in the Washington Parish Jail.

Damarea Gay was jailed on Feb. 28 and as of Monday remained in the Washington Parish Jail with his bond set at $300,000. He is charged with five counts of attempted murder, being a convicted felon in possession of a handgun and simple arson. 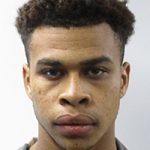 Dae’von Gay was jailed on Feb. 19, charged with four counts of attempted murder and simple arson. As of Monday, he remained in jail with his bond set at $200,000. Jail records indicate this is his first stay in the Washington Parish Jail.

Bell was jailed on Feb. 19, charged with simple arson. He spent one night in jail before posting a $750 bond for his release. 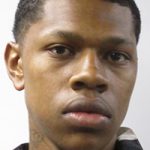 Haley said that the WPSO is continuing to investigate two more shootings in the same area. In this February incident, approximately 30 shots were reportedly fired from a roadway with numerous rounds, striking both a residence and an automobile parked at the residence.

Any person with information about this shooting is asked to contact WPSO Det. Kody Glenn at 985-261-2021. Callers may remain anonymous.

“It is a miracle that no one was killed,” Washington Parish Sheriff Randy Seal said. “I am so pleased with the work of our patrol deputies and detectives to solve the shooting and arson. We are anxious to solve the other shooting and will be grateful for any information from the public. 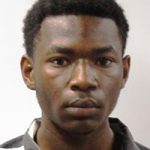 “We also continue to solicit information regarding the murder of JaQuarrius Taylor on Jan. 12. Our detectives work daily investigating this tragic murder and welcome any information. If you have information on this murder, call CrimeStoppers or the Washington Parish Sheriff’s Office. There is a $5,000 reward for information which leads to the arrest and indictment of the person who committed this crime.”