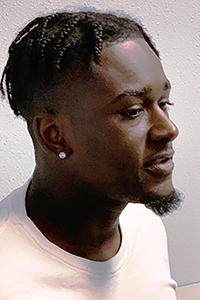 Haley said that the arrest was the result of several weeks of intensive investigation by the detective division of the WPSO.

Haley said that Dawson is Taylor’s cousin. Dawson was scheduled to be transferred to the Washington Parish Jail later Monday, and booked on a charge of second-degree murder.

“This arrest is the result of a non-stop investigation by our detective division,” he said. “Not a day went by when they were not focusing on this case. I am so pleased of their hard work to identify the killer and make the arrest.

“The matter is now in the hands of the District Attorney, and I am confident he will do what should be done.