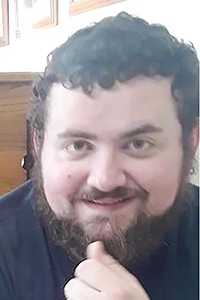 On Tuesday, March 3, 2020, the world lost a beautiful ray of sunshine. Jared David Crain, 25 years young, was unexpectedly called home to be with our eternal Father and Savior. Jared was a loving father, son, brother, uncle, and friend to ALL! he knew. Jared’s life was short-lived and we were not ready to say goodbye. Jared showed kindness to everyone he met and that is evident by the outpouring of love and support by the many people who knew him and were touched by his kindnesses. He never met a stranger, his magnetic personality grabbed you instantly.

Jared will be deeply missed. His loving spirit will always be with those who knew him. We say goodbye for a short time, until God will reunite us. Oh what a glorious day that will be!

Relatives and friends of the family are invited to attend a Memorial Service from 1 p.m. until 5 p.m. at Brown McGehee Funeral Home in Bogalusa, on Saturday March 7. Brother Kelly Penton will be officiating.

Family and friends may view and sign the guestbook online at www.brownmcgehee.com.