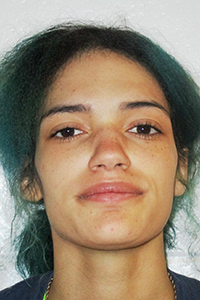 A Washington Parish woman was arrested Wednesday, after a law enforcement officer found her passed out in a running vehicle while an infant was crying and strapped into a car seat, according to Chief Deputy Mike Haley of the Washington Parish Sheriff’s Office.

Haley said that late Wednesday evening, WPSO Patrol Sgt. Jay Dupre was dispatched to the area of Highway 439 and Adams Road, in reference to a car in a field with the engine running and a female passed out in the front seat. When he arrived on the scene, Dupre reportedly discovered an unclothed crying infant strapped into a car seat. Patrol Sgt. David Cupp arrived on the scene to assist.

Haley said that officers discovered that the driver was impaired and in possession of heroin and drug paraphernalia.

The driver, Ashlin Faith Lewis, 21, a resident of R. F. Ball Road, was arrested and booked into the Washington Parish Jail. She was charged with driving while intoxicated, possession of heroin, possession of drug paraphernalia, possession of a controlled dangerous substance in the presence of a juvenile and cruelty to a juvenile. In addition to the parish charges, Lewis is also being held on a warrant from Bogalusa Police Department for battery on a health care worker, Haley said.

Haley said that Northshore EMS was on the scene and evaluated both the driver and the infant, who was transported to Our Lady of Angels Hospital for evaluation and then turned over to the custody of the Department of Children and Family Services.

“It’s almost unimaginable for a helpless infant to be subjected to such cruelty,” Washington Parish Sheriff Randy Seal said. “I am so grateful to our officers and Northshore EMS personnel for rescuing this child from such an awful circumstance. This easily could have been a more tragic situation.

“I don’t know how the driver ended up in a field, but in such situations there is always the possibility of a vehicle crash. I’m so glad that did not occur, the child is safe and Ms. Lewis is behind bars.”