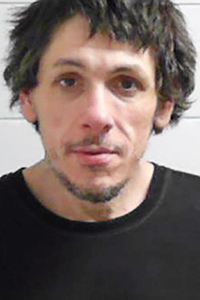 A Bogalusa man was charged Monday on a variety of charges, including more than 2,000 counts of possession of pornography involving juveniles, according to Bogalusa Police Department officials.

BPD officials said that the juvenile victims were unidentified and appeared to be downloaded through the Internet from unknown locations — both national and international. They victims reportedly ranged in age from approximately 1 year old to approximately 16 years old.

The child pornography was found on media devices that belonged to Quinn, and was found as a result of the original investigation into the rape of several adults that were under the influence of drugs, police officials said.

Quinn was previously charged in the rape of two individuals, and is currently incarcerated in the Washington Parish Jail on those charges. One or more additional rape victims died prior to the onset of the investigation, officials said.

Detectives with the Bogalusa Police Department are involving the National Center for Missing and Exploited Children in attempts to identify the child victims, and ascertain whether the children have been victims of human trafficking.