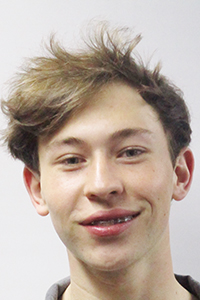 A Saturday response by Washington Parish Sheriff’s Office patrol deputies to a complaint about a careless driver led to the arrest of the complainant, according to WPSO Chief Deputy Mike Haley.

Trevor Douglas Honaker, 18, a resident of Highway 436, called the WPSO to report a vehicle being driven in a careless manner on Highway 436, Haley said. Patrol deputies responded to the scene and located both Honaker and the driver of the other vehicle. Both were arrested.

The driver of the carelessly operated vehicle was arrested on traffic offenses. Honaker, the complainant, was arrested and booked into the Washington Parish Jail on one count of possession with intent to distribute marijuana, Haley said.

“Deputies who responded to Honaker’s complaint discovered he had three separate packages of marijuana totaling more than 31 grams on his person and in his vehicle, plus a quantity of cash,” Haley said.

When he was booked into the jail, Honaker’s bond was set at $10,000. He was released Sunday after posting bond.

“Patrol deputies Chad Cassard, Kyle Stogner and John Tullos did an excellent job,” Washington Parish Sheriff Randy Seal said. “Once again, our alert patrol deputies were able to arrest and jail another drug offender. When you see our officers working throughout the parish, whether driving or making a traffic stop, please know they are constantly protecting us.”