McGehee art exhibit will be open till March 21st 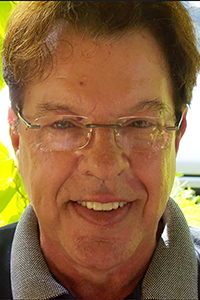 An art exhibit for Rodney McGehee will open on Saturday, Feb. 29, at Riverstone Gallery and Holistic Art Center. It will then remain open for public viewing until Saturday, March 21.

The opening reception will start at 5 p.m. on Saturday, Feb. 29, and the viewing will continue until 10 p.m. at the center, located at 415 S. Columbia St. in Boglausa.

McGehee is a nationally recognized artist and Bogalusan, who has won multiple awards and accolades.

A light buffet will be served with wine and non-alcoholic refreshments. Select artwork will be available for purchase on the evening of the opening reception. RSVP is required to Riverstone Gallery, Holistic Art Center, 415 S. Columbia St., 985-516-6919.

The exhibit will be available for public viewing until March 21 on Tuesdays through Saturdays from 1 p.m. until 5 p.m., and by appointment.

McGehee is the art director and designer of the largest continuous outdoor mural in the southeastern United States, located in Bogalusa.

This mural is now part of the Louisiana Tourist Commission’s “Back-roads Tour.” The mural also received national recognition through the interest of U.S. Sen. J. Bennett Johnston, D-La., and was duly noted in a speech given by Johnston on the floor of the U.S. Senate in 1989. This event is now documented in the Congressional Record of the United States.

McGehee was the winner of the 1990 French Quarter Festival Pirates Alley Art Show in New Orleans. He was also a “Top 100 Winner” in the National Parks Academy “Arts in the Parks” national show and tour of 1990-91.

McGehee was selected as one of the only 69 artists nationally to participate in the Pacific Rim Wildlife Art Show. This show was exhibited in the fall of 1991 in Tacoma, Wash.

McGehee’s work has been shown in such places as the Frye Museum in Seattle, Wash., Santa Barbara Natural History Museum in Santa Barbara, Calif., the Cumberland Museum in Nashville, Tenn., and The American West Museum in Jackson Hole, Wyo., plus numerous other exhibits around the nation.