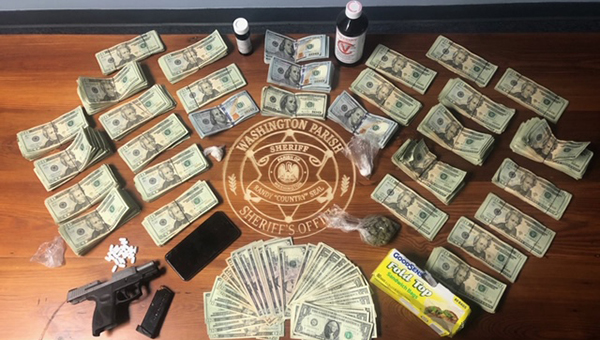 An Angie man was arrested Saturday on multiple drug charges, after he was stopped for a traffic violation and allegedly swallowed some of the evidence, according to Chief Deputy Mike Haley of the Washington Parish Sheriff’s Office.

“The driver of the vehicle initially gave a false name, but was eventually identified as Cleotha Martin, 25, a resident of Wilbur Dillon Road in the Angie area,” Haley said. “When Martin exited his vehicle, he immediately swallowed a small, clear plastic bag containing an unknown substance. Although Martin resisted the officers, they were able to control and handcuff him.” 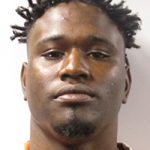 Haley said that Stogner called for backup and Patrol Deputy Chad Cassard and Rayburn Correctional Center officer Jonathan Stringer arrived to assist, along with Sgt. David Cupp. After the newly arrived officers took control of the vehicle, Martin was transported to Our Lady of Angels Hospital for medical clearance before being transported to jail.

Haley said that an inventory of Martin’s vehicle yielded numerous items, including $30,264 cash, a 9mm handgun, methamphetamine, marijuana, heroin and oxycodone pills. All items were inventoried and seized in addition to the vehicle in which Martin was traveling.

Martin was booked into the Washington Parish Jail charged with five counts of possession with intent to distribute the various illegal drugs, being a convicted felon in possession of a firearm, possession of controlled dangerous substances with a weapon present, possession of illegal drugs, obstruction of justice, resisting arrest, reckless operation of a motor vehicle and driving under suspension. His bond was set at $250,000.

“Fantastic job by our patrol deputies,” Washington Parish Sheriff Randy Seal said. “Martin’s record indicates he has no regard for the law or for his community. It is for persons like him that we have a jail, and he is right where he belongs. I am so pleased at the proactive work of our patrol deputies, who do an outstanding job protecting each citizen of Washington Parish.”