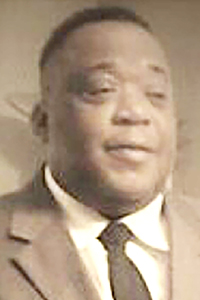 Tyrone “Ronnie” Warner went to be with the Lord on Sunday, Feb. 16, 2020, at the age of 57. He was born in Bogalusa on July 14, 1961. Tyrone grew up in New Orleans, eventually making Franklinton his home. Tyrone drove limousines for a living to well-known actors and influential New Orleans businessmen.

He leaves to cherish his memory: his daughter, Jasmine Peters of Angie; brothers, Gregory and Terrell; sisters, Clyammie and Stephanie; nieces, nephews and friends. He is survived in death by his father, Johnnie Warner; mother, Lillie Warner Girtley; brother, Kent (Keith); and sister, Sophronia. Funeral services will be held at Greater Hayes Creek Baptist Church in Franklinton on Saturday, Feb. 22, at 11 a.m., with Pastor Jerome Warren officiating. Viewing will be from 10 a.m. to 11 a.m. Interment will be in Hayes Creek Cemetery in Franklinton.