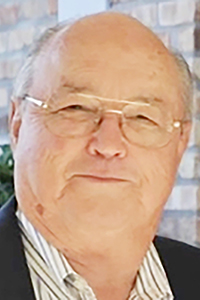 James “Jimmy” Victor Casanova passed away on Feb. 14, 2020, at the age of 78 years, after a long and valiant battle with multiple medical issues. He battled each illness with the same determination that he lived his life.

He was born in New Orleans on Nov. 10, 1941, to Bennie and Louella Casanova, who preceded him in death.

James joined the U.S. Navy, where he served his country from 1960-1964 aboard the U.S.S. Shelton. He worked in the finance business for 40 years, founded and was part owner of Bogalusa Credit.

Every spare minute was spent fishing with family and friends along with watching his LSU Tigers. He was a long time member of Superior Avenue Baptist Church where he taught Sunday School, served as a deacon and church treasurer.

He leaves behind to cherish his memory: his wife of 54 years Jacklyn Casanova; his three children, Todd Casanova (Nancy) of Tuscaloosa, Ala., Karen Guzzardo (Darrin) of Bush, and Jennifer Jenkins (Shad) of Franklinton; and six grandchildren, Nicholas Casanova (Brittany), Kaitlyn and Caleb Guzzardo, and Baleigh, Hayden and Nathan Jenkins.

The service to celebrate James’ life was held on Monday, Feb. 17, at Superior Avenue Baptist Church with visitation starting at 9 a.m. and continuing until the service at 11 a.m. The Rev. Clay Norwood officiated the service, with interment following at Ponemah Cemetery. His arrangements were entrusted to Poole-Ritchie Funeral Home in Bogalusa.

In lieu of flowers, the family requests that donations be made to the “Building Fund” of Superior Avenue Baptist Church, 439 Superior Ave., Bogalusa, LA 70427.