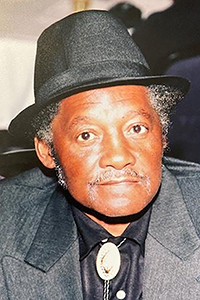 Robert “Rob” Lawrence Hicks was born on Nov. 15, 1948, in Bogalusa to Valeira “Jack” Hicks and the late Robert “Bob” Hicks. Rob departed this life peacefully at Our Lady of the Angels Hospital on Feb. 11, 2020.

At an early age, Rob became a member of Bethlehem Baptist Church. He graduated from Central Memorial High School in 1966. After graduation, he attended Grambling State University and later joined the U.S. Navy. Rob was employed at Gaylord Container Corporation for 15 years, until retirement. On June 23, 1986, Rob was united in marriage with Marilyn Carson.

He was preceded in death by his father, Robert “Bob” Hicks; his sister, Valeria “Pena” Smith; and two dear friends, Melvin Torrence and Henry “Shrimp” Mims.

The funeral service will be Friday, Feb. 21, at 2 p.m. at Bethlehem Baptist Church in Bogalusa.