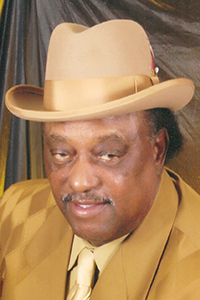 Visitation will be held Saturday, Feb. 15, at Crain and Sons Funeral Home from 4 p.m. until 6 p.m.

The Funeral Service will be held Sunday, Feb. 16, at Bethel Church of Christ Holiness U.S.A. at 2 p.m. with Elder Alvin Partman officiating. Internment will be at Hart Cemetery.