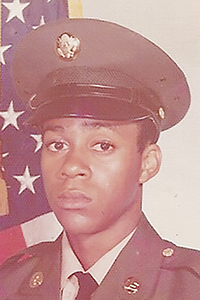 Dave, as he was so affectionately known, departed this life for his eternal home on Feb. 6, 2020 at Lakeview Regional Medical Center in Covington. Dave accepted Christ at an early age, attending Zion Chapel A.M.E. Church as a choir member and as Sunday School attendee.

Dave attended Fifth Ward Jr. High, where he played basketball, volleyball, softball and ran track. He graduated from Covington High School in 1975 before enrolling in the U.S. Army. After serving his country, he was honorably discharged. Some might not know that Dave enjoyed traveling. He spent time in Los Angeles, Calif. (employed at Lockheed-Martin Aerospace). He later spent time in Detroit, Mich. (working at various manufacturing plants). He then returned back to Sun, where he was employed at O’Keene Feed Store in Covington.

Dave had a sweet spirit that illuminated wherever he went. He loved helping others, he took joy in his barbecuing skills and loved going every evening to play hi pick three numbers, in which he would regularly hit. Dave loved his family. He would teach his son Darrius life lessons; he loved on his grandchildren and great-grandchildren. Each one of his brothers and sisters had a special place in his heart, but a much larger place in that heart belonged to his mother Gloria, the matriarch of this fine clan.

The funeral service will be held Saturday, Feb. 15, at 11 a.m. Visitation will be from 10 a.m. until the time of the service. Interment will be in Sun Community Cemetery.