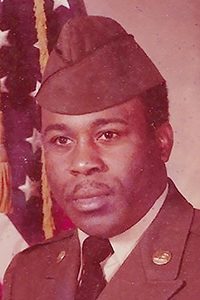 Clifton was born on July 28, 1956, to Leroy and Mary Rayford. He graduated from Varnado High School in 1975. Later he joined the U.S. Army (stationed in Ft. Lewis, Wash.) in 1979 and quickly navigated himself through the ranks by obtaining the rank of Sergeant, serving as a Cavalry Scout and earning the badge as a Sharpshooter. Clifton also worked at Joe Miles for many years.

Clifton was preceded in death by his father, Leroy “Willie” Rayford, Sr., and his mother, Mary Lean Rayford; and his siblings, Leroy Rayford, Jr. and Gloria Jean Franklin. He is survived by his son, Fredrick (Chameka) Allen; his sister, Dorothy Rayford Wheeler; his brothers, Clyda Rayford, Virgil (Donice) Rayford and Lorenza (Demetris) Rayford; eight grandchildren; four great-grandchildren and host of nieces and nephews.

The Funeral Service will be held Friday, Feb. 7, at Cook-Richmond, located at 638 N. Columbia St. in Bogalusa, at 11 a.m. Interment will be in Live Oak Cemetery in Angie. Visitation hours will be from 10 a.m. to 11 a.m.