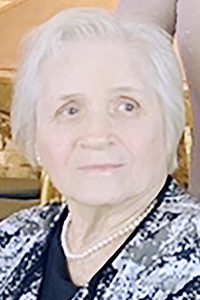 “I am the resurrection and the life. Whoever believes in me, though he die, yet shall he live, and everyone who lives and believes in me shall never die” (John 11:25-26).

She was a member of Monroe Street Baptist Church, where she served as secretary for around 10 years. During her life, she was able to travel to many places, including Europe, Canada, and Hawaii. One of her favorite trips was when they traveled to Alaska. She loved to spend time with her family playing games or just visiting.

Arrangements have been entrusted to Poole-Ritchie Funeral Home & Crematory. Condolences may be shared on the Poole-Ritchie website at www.pooleritchiefuneralhome.com.