Woman arrested for abuse of infirm 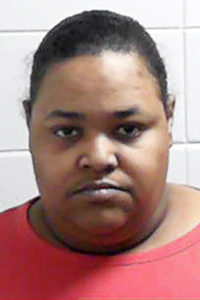 After a four-month investigation into allegations of abuse to the infirm, Capt. David Miller and detectives of the Bogalusa Police Criminal Investigations Division recently arrested Robbin Robinson, 35, on charges related to the abuse, according to BPD officials.

Officials said that it was determined that Robinson was a paid caregiver for her mother, through a Medicaid-funded LDHH Waiver Program. It was learned that 57-year-old Doris Robinson died from sepsis shock and kidney failure, as a result of gross neglect in her care, according to officials.

Officials also stated that the LDHH Waiver Application had been falsified by Robbin Robinson, in order to receive compensation for her mother’s care.

Robinson was charged with negligent homicide, cruelty to the infirm, forgery and Medicaid fraud.