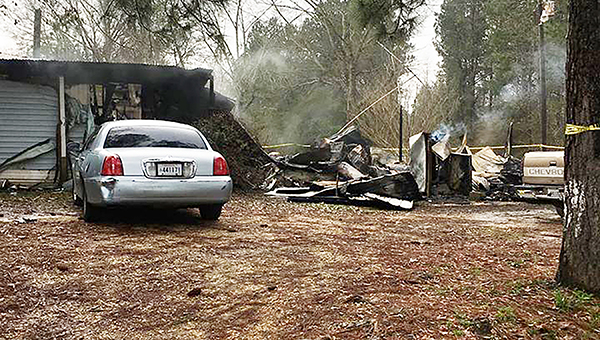 Firefighters battled a fire Thursday morning in Franklinton, which claimed the life of one male victim.

A male victim was killed in a trailer fire in Franklinton on Thursday, according to the Louisiana Office of State Firm Marshal (SFM).

According to SFM officials, Washington Parish firefighters responded to a trailer fire call in the 30000 block of West Old Columbia Road overnight, until Thursday morning. The body of one male occupant was reportedly discovered inside.

Officials said that at this time the cause is still under investigation, but it is not considered suspicious.

As of Friday’s press time, the SFM had released no additional information.