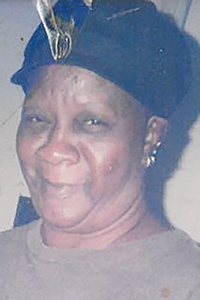 Sister Lucy Carson was born on Aug. 20, 1944, to the late Mr. Kelly Conerly and Ms. Almaya of the Hackley community.

She was a devoted wife, mother and grandmother. Her family was very dear to her heart.

Crain and Sons Funeral Home in Franklinton is in charge of the arrangements. Sign the guestbook online at www.crainandsons.com.