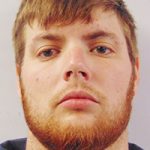 Haley said that Jonathon Wayne McCain, 30, a resident of Jenkins Road north of Franklinton, is in the Washington Parish Jail once again for drug violations. He is charged with possession of illegal narcotics and possession of drug paraphernalia. McCain’s bond is set at $5,000; however, he is being held for the Louisiana Department of Probation and Parole on violations. According to jail records, this is McCain’s 15th time to be incarcerated.

Zachary Scott Davis, 28, a resident of Highway 62, was jailed for an outstanding warrant for contempt of court and having an expired license plate. He was released the following day after posting a $3,000 bond. According to jail records, this was Davis’ 12th time to be incarcerated.

Haley said that the arrests on Sunday by Patrol Deputy Kyle Stogner occurred on Louisiana Highway 430.

“Stogner was on criminal patrol in the area when he stopped a pickup truck with an expired license plate,” Haley said. “As he was talking to the driver, he noted a strong odor of marijuana coming from the vehicle. Both Davis, the driver and McCain, the passenger, exited the vehicle at the direction of Deputy Stogner who was assisted by Deputy Chad Cassard.” 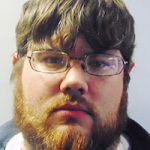 As McCain exited the truck, he dropped a loaded hypodermic needle on the ground, Haley said. McCain then reportedly confessed that other drugs and drug paraphernalia on the rear seat of the truck were his, including methamphetamine.

McCain has been in the Washington Parish Jail numerous times since 2009 on charges including traffic offenses, driving while intoxicated, possession of illegal drugs, drug court violations, failure to appear in court, and two arrests for being a convicted felon in possession of a firearm, Haley said.

Davis has been in the Washington Parish Jail numerous times since 2009 on charges including obscenity, disturbing the peace, driving while intoxicated, failure to appear in court, probation violation, possession of stolen property, and six counts of forgery.

“These two young men are sad examples of persons who make poor life decisions,” Washington Parish Sheriff Randy Seal said. “Unless they make dramatic changes in their lives, I fear they are destined to spend many years in a Louisiana prison.

It’s never too late for any persons, including these fellows, to turn their lives around. Let’s hope these two men will see the light and do what has to be done to become productive citizens.” 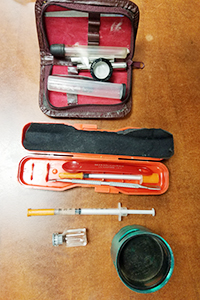 Deputies seized drugs and other evidence during Sunday’s arrest.