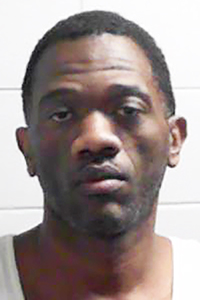 A man wanted for murder in Jefferson Parish was taken into custody in Bogalusa on Monday, according to Bogalusa police.

Bogalusa Police Department officials said that BPD Detective Sgt. Mitchell Castleberry assisted the U.S. Marshals Service in a “fugitive apprehension” on Monday at a residence on Florence Avenue in Bogalusa.

Derolodi Bickham, 45, of Bogalusa, was wanted by the Jefferson Parish Sheriff’s Office for second-degree murder. BPD officials said that JPSO and BPD detectives, along with the U.S. Marshals, have recently been searching for Bickham, after receiving information he was hiding in Bogalusa after the Jefferson Parish murder.

After it was confirmed that Bickham was at the residence, he surrendered and was arrested by Castleberry as a fugitive, officials said.

Bickham will be turned over to the Jefferson Parish Sheriff’s Office to face the murder charge.