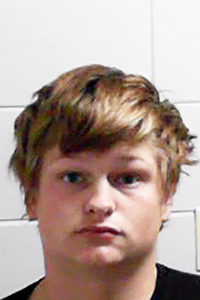 A Bogalusa man was arrested Thursday after an investigation was conducted by the Bogalusa Police Department, into reported allegations of inappropriate sexual conduct against a child under the age of 13.

BPD officials said that the department’s criminal investigations division has been researching an incident that reportedly took place in 2019. Detectives concluded that probable cause existed, and sought and obtained an arrest warrant for Julius Johnson, 19, on the charge of first-degree rape.

Johnson was arrested without incident and booked into the Bogalusa City Jail, pending a transfer to the Washington Parish Jail for housing.

BPD officials said that Johnson was interviewed and subsequently confessed to having sexual contact with the child.