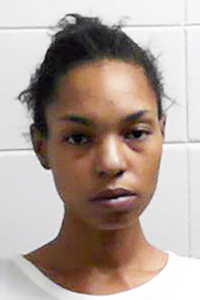 A Bogalusa woman was arrested Thursday, after she allegedly broke a 6-year-old child’s nose, according to Bogalusa police.

Colter-Spikes was arrested without incident, and booked into the Bogalusa City Jail, pending a transfer to the Washington Parish Jail for housing. Colter-Spikes refused to give a statement in the matter, BPD officials said.