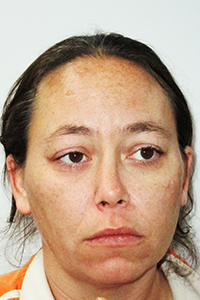 A Bogalusa woman was arrested recently on drug-related charges, and then reportedly struck an officer while she was being booked into jail, according to Chief Deputy Mike Haley of the Washington Parish Sheriff’s Office.

Haley said that Christy Lynn Magee Thomas, 34, a resident of Adams Street in Bogalusa, has been in the Washington Parish Jail since Dec. 28, charged with possession of illegal drugs, resisting arrest and battery on a deputy sheriff. Her bond has been set at $4,000.

Haley said that Patrol Sgt. Jay Dupre and Patrol Deputy James Gregorio responded on Dec. 28 to a complaint from a homeowner in the northeast quadrant of the parish concerning a female who refused to leave the residence. When they arrived at the residence, they encountered Thomas who refused to leave, even after being ordered to do so by Dupre and the homeowner, Haley said.

“After being told she would be arrested if she refused to leave, Thomas grabbed her purse which came open and revealed illegal drugs which she admitted were hers,” Haley said.

Dupre and Gregorio then placed Thomas under arrest and transported her to the Washington Parish Jail. While traveling to the jail, Thomas informed the officers that she would not allow any officer to place her in a jail cell, Haley said.

“Upon arrival at the jail, the officers, assisted by Corrections Deputies Dakota Stein and Chance Johnson, placed Thomas in a holding cell,” Haley said. “She resisted the officers and struck Sgt. Dupre as she was being placed in the cell to await booking.”