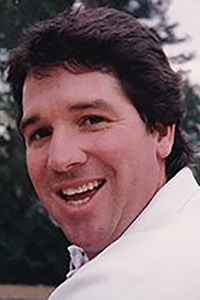 Dubus was one of a kind, and anyone who knew him knew that he had a big heart and cared more about others than he did himself, even when it meant he had to sacrifice. He was a lifelong resident of Bogalusa, graduating from Bogalusa High School in 1978, where he was known for his friendliness, humor, and wit. He loved to fish, especially in the salty waters, and he loved to play and watch golf. He watched every Seinfield episode more than anyone could imagine. He was a painter and owned his own business, where he worked in many homes in Bogalusa. He never had very much but always tried to give as much as he could. The family is at peace knowing that he is no longer suffering and can be with his best friend, Alex, again.

There was a Celebration of Life at Golden Pear Restaurant in Bogalusa, where his friends and family shared the memories and love they had for Dubus. The family is so grateful for the constant prayers and support during this time. The people of Bogalusa have shown their strong ties to one another, and let it be known that Michael “Dubus” Sheridan was a friend to all.